It’s budget season in Hartford, and both the Schools and the City have released their proposed budgets.

Pedro Segarra, Mayor of the City of Hartford, released his proposed budget on April 20, 2015 showing $534 million in revenue.

Although the two proposed budgets are separate, they overlap. The chart below shows the revenue sources that are included in each proposal. 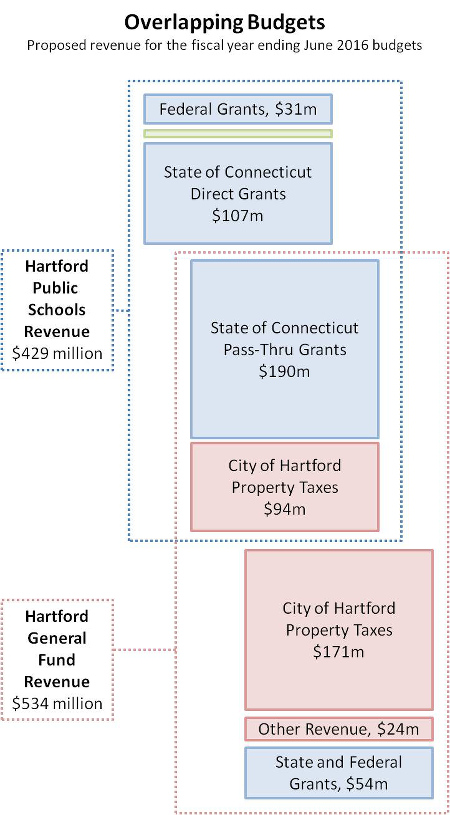 Also of note is that over 76% of the proposed funding for the school system comes from State and Federal grants.