Investment returns on the assets in the City’s pension fund have been well below average for the past five years. Poor investment performance impacts the General Fund in two ways.

First, the General Fund will need to make extra contributions to the MERF because of the poor investment performance. The General Fund is a main source of cash inflows for the program. Since Hartford’s pension investments didn’t grow as much as those of other pension funds, the taxpayers have to provide additional support.

Pension contributions are one of the larger line items in the General Fund budget. The table below comes from page 28-1 of the Mayor’s Recommended Budget. 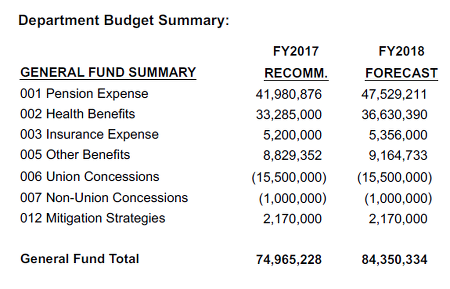 The table is full of large numbers. It might look a little different if the assets of the pension fund produced investment returns that matched, or exceeded, its peers. 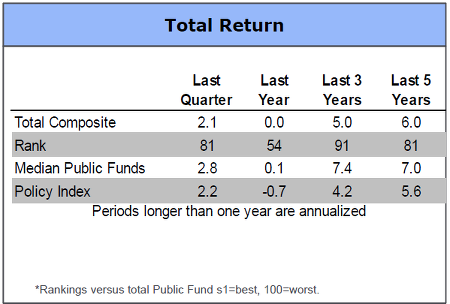